Wokefishing is a new thing to avoid while online dating, even though we hoped modern dating could not go wrong in new ways. Wokefish daters are deceptive and trying to distract others from a quest for love. This is in addition to the other misguided trends that exist, including catfishing, kittenfishing, breadcrumbing, and ghosting, but wokefishing may be worst of all.

The term wokefish was coined by journalist Serena Smith when referring to anyone who presents themselves as having liberal views online, but then fails to put real action to this in real life. This person will insinuate that they are woke, but carry many conservative and political views. This would be someone who posted something like a black square to their Instagram feed for BLM, but then continues to speak in a racist manner in real life. This person is a wokefish. The same would be true of someone who posts about saving the turtles with a pic of their metal straw, but then fails to mention they use it in plastic disposable cups each day. They are a wokefish.

Wokefishing is not necessarily as intentional or malicious as catfishing because people may believe they are progressive, but fail to do self-reflection and edit their negative behaviors. Wokefish are misinformed and lacking in self-awareness, though this does not make it less annoying to see. It may be possible to accept this annoying behavior from a coworker or even family member, but it is often frustrating from someone you are dating.

The problems with dating someone who does not see eye to eye with you on social issues is that you will grow apart over time, unable to agree on a life plan. Unfortunately, it often takes time for these differences to come to life, but when they do, they are detrimental. Things could be going smoothly with someone, but you notice them doing something that is not quite right, using the wrong pronoun purposely or slut-shaming someone’s outfit. This is something to look out for if you are not willing to compromise on your social, political, or moral values. Below is what to watch for to catch a wokefish.

Beware of the Virtual Signaling

When someone continually shouts their beliefs, they often have little to say. Anyone who promotes progressive views on their dating profiles too heavily, may misunderstand the movement they claim support for as this is not a necessary part of a dating profile. Wokefish tend to say what they think you want to hear. Social justice is not a personality trait and should not be used as one to make dating connections.

While political debates are not great as pick-up lines, it can help to delve deeper into someone’s claims about who they are and what opinions are held. Use what they state as a conversation starter. If they truly are well intentioned, they will be willing to talk anyway. Ask what they have done to support the movement or about books they read on the topic to learn more about their real beliefs.

Observe How They Treat Others

A wokefish will likely treat you with the respect you deserve because they are trying to be impressive, but observe how they treat others as well. This is a far more accurate assessment of their character. Pay attention when others of different backgrounds, races, and genders are around. How they behave is a helpful clue to who they are at their core rather than simply their claims.

Some comments may seem like throwaway talk or a passing remark, but it can reveal a great deal. Obvious things like racial slurs, discriminatory terms, or sexist speak is a sure sign of a wokefish, but subtle variations exist as well. Wokefishes love to attach themselves to feminism, but then manspail or talk over others. They may describe people only by their religion or race, even when it is not helpful or relevant. Watch for their presentation of humor and whether it involves mocking others. Offensiveness is not funny.

While we all occasionally fail to practice what we preach, when it comes to an important cause, actions speak louder than words. If you are dating someone who claims to be woke, but you never see it, this is a red flag. Some things are obvious like your vegan animal activist date not knowing something is not a vegan dish, but subtle clues, like book choice can also be a sign.

While your dates may not always be politically correct, you cannot assume that continually slipping up is anything other than a wokefish. 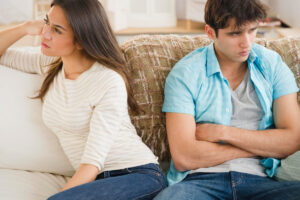 Be Powerful and Ignore Your Ex

Mistakes of Searching for a Soulmate 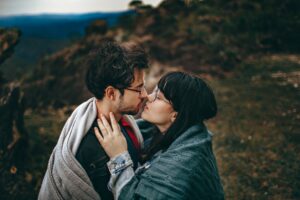 Finding Your Soulmate and Learning to Identify Them